You are here: Home / Social Media / 3 Reasons Google Plus is Still Worth Your Time

It wasn’t so many months ago that marketers were convinced that Google+ was going way for good. And truthfully, they weren’t unjustified in thinking this. The news about Google breaking up its Google+ products began in early 2015 and shortly thereafter the company separated Google+ from its other products. Google+ Photos went away. You no longer had to have a G+ account to use YouTube. Change was definitely in the air.

Then Google did a redesign.

It became immediately apparent that Google+ would be here to stay… at least for the undetermined future. After all, if the company believes it’s a product worth spending money on they obviously don’t plan to pull the plug on it anytime soon, right?

So why should you care about Google+?

It’s still the largest search engine on the web.

Even if you aren’t hugely interested in G+ from a social aspect (although you are missing out if you don’t take advantage of that, as well), Google is still BY FAR the largest search engine available. Heck, it’s so big that it’s a verb we use in everyday conversation! (When is the last time you heard someone say, “Yahoo this”?)

Now, there is no denying that you should be focused on producing compelling content for G+, but a study conducted by SearchMetrics shows that shares on Google+ is a strong ranking factor (even stronger than backlinks).  That said, to get a lot of shares on Google+ and get the power from the search engine, you need not only good content, but to actually create a community there…which is where my next point comes in.

Communities are still growing on G+.

Google+ Communities were created in 2012 in the hopes that they would cancel out the need for discussion groups. Those communities are STILL GROWING, with 1.2 million joins per day on the platform. If you’re unfamiliar with Google+ Communities, they’re a place to meet and engage with people on specific topics that you’re interested in.

If you have had trouble with engagement on G+ (or just want to get more engagement), you should definitely check out active communities on topics that are related to your business. They’re a great place to go for building relationships and expanding your network. With thousands of communities available, chances are you can find dozens on every topic imaginable. And just in case you can’t…you can create your own!

Collections are growing even more than Communities.

Google+ added the Collections feature in May 2015, so you may not be familiar with this update if you aren’t a regular G+ user. What does it do? Well, if you add content to your Google+ page on a variety of topics, Collections allow you to categorize that content, which makes it easier for other G+ users to find what they’re interested in.

For example, if you are regularly sharing tips, you could organize them by topic. The Collections will give anyone who visits your page an idea of the type of content they can expect to see if they follow you. If you offer a number of freebies on your site, you could organize them by type in your collections. Or you could just use your Collections to organize types of content like blog posts, Blab replays, podcasts, white papers, infographics, etc. The options are literally endless.

The bottom line is people are still actively using Google+ and that it’s worth exploring whether your audience might be there. Not sure how to figure that out? Just check out communities around your niche and see how large and active they are! I’m willing to bet you may fall into a whole new audience of potential clients on Google+ that you would never have reached on Facebook or other social media platforms.

Cyndi's commitment to old-fashioned customer service (since 1998) and down-to-earth ethics has helped her build a business almost entirely on past clients and their referrals. Connect on Facebook | Twitter | Google+.

How Can We Help You?

We’re here for YOU every step of the way! Our clients and colleagues have come to trust our know-how and can count on us to be around today . . . and tomorrow. Helping enterpreneurs online since 1998. 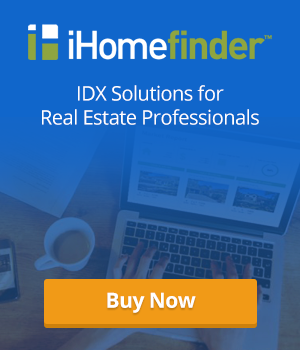 Clients Trusting Us Online Since 1998